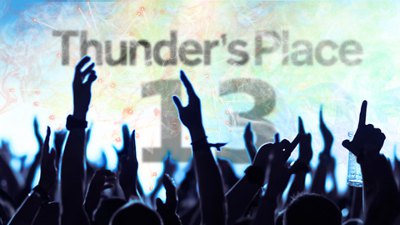 On August 22, 2001 seven guys and a lady coming from other PE sites created a new forum dedicated to our “noble cause”. They are: ThunderSS, Uncut4big, sunshinekid, skin, renegade403, secjay and Guiri, all seven coming from Big Penis, and Sizemeister from PE Forums.

It was decided from the very beginning that the forum should be named after the leader of the group, ThunderSS, and that’s how it became Thunder's Place. ThunderSS was the leader from day 1 and Sizemeister created the PE database some time after the site opened. That’s how it all started.

13 years later, Thunder’s Place, the best PE site online, is serving peoples and countries all around the globe in 4 different languages: English, Spanish, Italian and French.

Let’s celebrate. Happy Anniversary to all!

Hard to believe it’s been that long. I’m glad I found it when I did. Please keep up the good work.

Thanks to all who’ve made it possible!!

This place has changed my mind, body and dick. Glad I found it.

Thanks to the founders.

Tell me, o monks; what cannot be achieved through efforts. - Siddhartha Gautama

My 9 inches are coming!!

Now on to what TP has done for me, I won’t go into a lot of detail, just make a list. Ahem;

1.) TP taught me how to be confident and persistent in anything I do.
2.) I learned that in order to be happy in life, you have to love yourself more than anything.
3.) Even though I come off arrogant and annoying sometimes, this list is serious.

So yep, I could have made an off-the-wall list, but the main things I learned are numbers 1 & 2.

All injuries happen from "too much", or "too much, too soon" or "doing the exercise incorrectly".

Heat makes the difference between gaining quickly or slowly for some guys, or between gaining slowly instead of not at all for others. The ideal penis size is 7.6" BPEL x 5.6" Mid Girth. Basics.... firegoat roll How to use the Search button for best results

Lurker for years, now a member of the greatest PE site :D .

Thank’s for everybody that make this happen and keep it running.

Cheers, have nice one.

Thank’s for everybody that make this happen and keep it running.

Cheers, have nice one.

But we're never gonna survive, unless we get a little crazy.

I have been proud to be a part of Thunders! Its rare to find a place that is purely motivated to helping their fellow man, and that is really something to celebrate!